Using this manual you will learn how to use the Odor log, a tool for the community monitoring of polluting installations through the surveillance of their emissions.

The odor log is an odor monitoring tool that requires only the use of pencil, paper and your nose. The use of different sensors (our noses) and the distribution in our neighborhoods of people willing to participate in the monitoring process will make it easier for us to determine the focus of the odors, the hours of emission and the type of odor emitted. 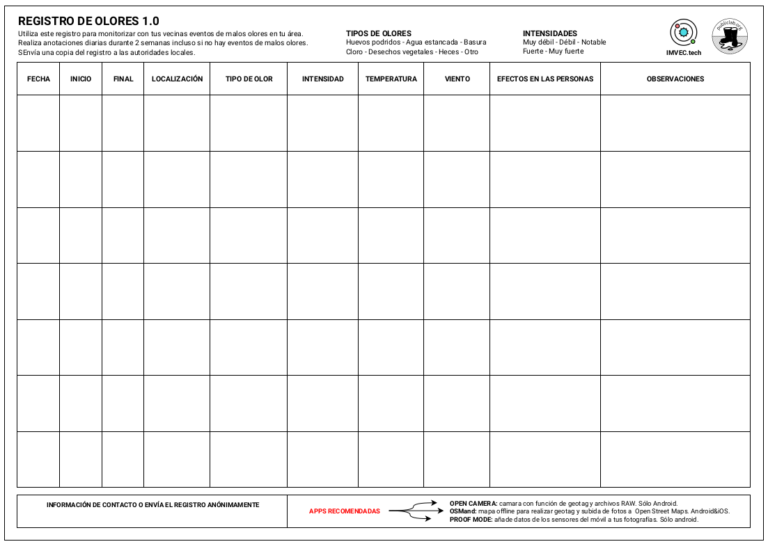 The following case study and application of the Odor log takes as an example the town of Sant Adriá, in the metropolitan area of Barcelona.

The area known as the Forum zone was determined as a slaughter zone by successive authorities of the city of Barcelona, resulting in one of the most polluted areas of the city due to the presence, mainly, of a combined cycle thermal power plant and the central waste incinerator of Barcelona among other polluting facilities. 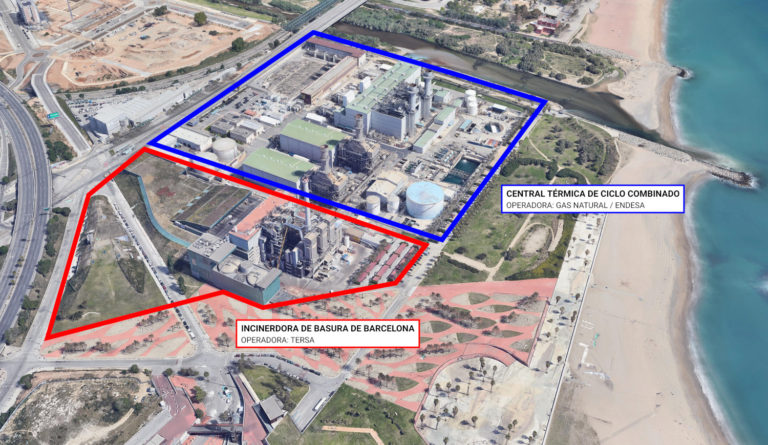 The neighbors of the area organized in the AireNet Platform have been denouncing the situation for years due to the inactivity of the local authorities. 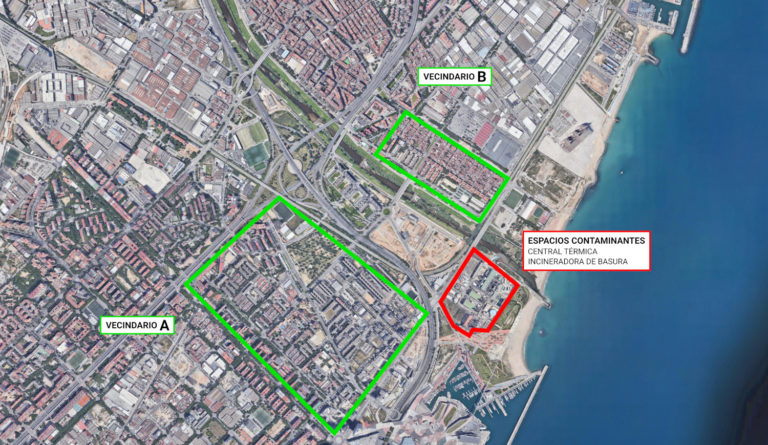 The two main population concentrations around these highly polluting facilities are the Barrio de la Mina and the right bank of the Besos River which we will call Vecindario A y Vecindario B. 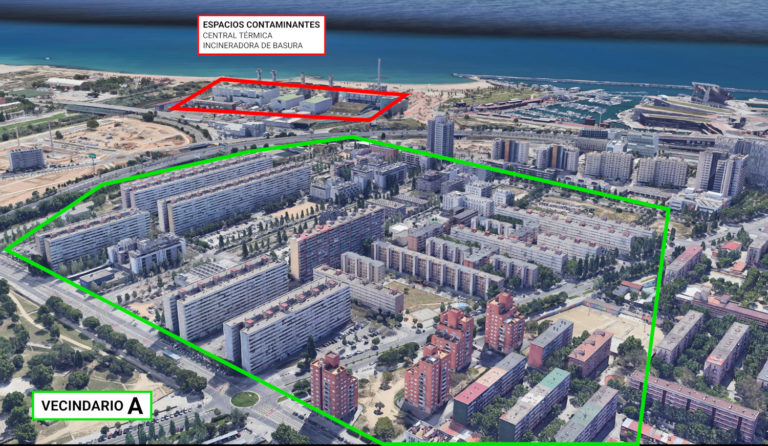 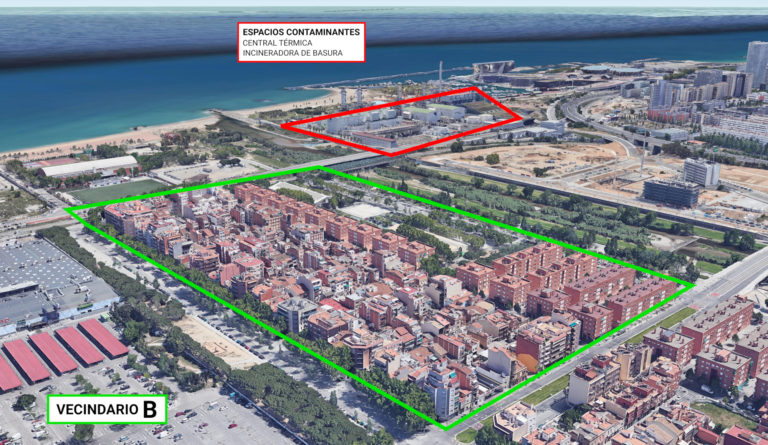 The right bank of the Besos River suffered for decades from the pollution produced by the coal-fired power station known as the Three Towers.

For the use of the Odor log, the greatest possible neighbourhood participation is recommended. Coordinating with your neighbors means having the participation of affected people, who live in the area and can carry out the monitoring practically all day long.

Print copies of the Odor log and distribute them to neighbors interested in participating in the surveillance process.

Together with our neighbors we will draw a series of concentric perimeters around the installation that we suspect is the cause of the bad odors. This way we will be able to determine the location of the emissions according to the detected odour intensities. 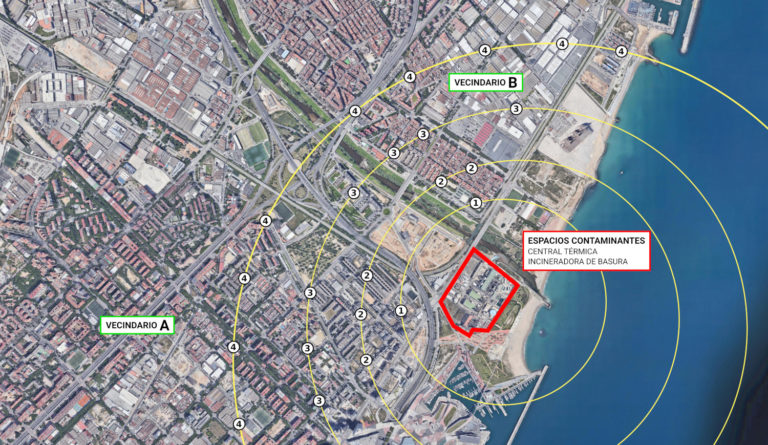 The fundamental fields that must be filled in are: date, beginning and end of the event, geolocation, type of smell and intensity of the smell.

The other fields provide interesting information such as ambient temperature, wind direction or effects on people that provide very valuable information. As far as you can, try to collect this information too.

After monitoring for a month we can transcribe the data collected by the participants to a spreadsheet or digital database for analysis and display on a map.